Llandudno Arts Weekend is asking the public to get involved in an event with renowned choreographer Cecilia MacFarlane. Cecilia, who was co-choreographer on the original cult classic film, The Wicker Man, has teamed up with community dance programme Dawns i Bawb. Together, they are seeking male members of the public to help create a unique dance performance.

The performance will be part of LLAWN03, the third Llandudno Arts Weekend. Cecilia is looking for male participants, either a father and a son, or two people of different generations who have a special relationship. Performers can be any age over four years old. The team also need musicians to accompany the performers.

Cecilia and her performers will be working on the themes of sheds, shelters and dens. Together, the group will be making a transportable structure, which will be moved around Llandudno as the group perform in various locations. The performance is called Dros Dro, which is Welsh for temporary.

Marc Rees, curator of LLAWN03, says, “Cecilia has worked internationally and delivered amazing projects involving people of all ages. She is critically acclaimed among the dance sector for her unique way of working with several generations. We’re looking for performers will a special bond, they could be cousins or someone who is emblematic for them. We’re really looking forward to bringing an intergenerational exploration to the festival.”

Performances are on:
Saturday 19 and Sunday 20th September

To find out more, or if you would like to be involved as a performer or musician, please get in touch with Dawns i Bawb at post@dawnsibawb.org.

• LLAWN03 is Llandudno’s annual FREE arts festival.
• LLAWN03 will offer more than 30 events over three days in September, with many events commissioned especially for the festival.
• LLAWN03 will showcase local, national and international artists in its programme.
• LLAWN03 will offer an eclectic programme of events which will celebrate Llandudno’s past, present and future.
• LLAWN03 will include visual art, performance, music, intervention and site-specific installation in a programme designed to be attractive to all sections of the community.
• LLAWN03 is working in collaboration with a number of arts partners: MOSTYN, Helfa Gelf, Royal Cambrian Academy, Migrations, Llandudno Museum, TAPE Community Music and Film, Conwy County Borough Council and Venue Cymru.
• LLAWN03 has been made possible by the collaborative initiative and financial support of MOSTYN, Arts Council Wales, Mostyn Estates, Conwy County Borough Council and Llandudno Town Council. 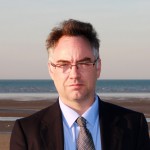 WALES PAST AND PRESENT IS CELEBRATED AT LLANDUDNO ARTS WEEKEND

NEW LOCATION FOR THE SWING BAND